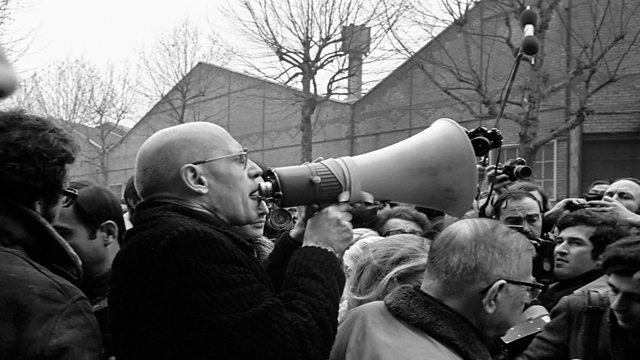 Shahidha Bari explores the influence of Michel Foucault in Britain.

Last December Liz Truss made a speech. The Minister for Women and Equalities spoke about her memories of being at school in Leeds. She was taught about sexism and racism, she said, but not enough time was spent on being taught how to read and write. "These ideas," said Truss, "have their roots in post-modernist philosophy - pioneered by Foucault - that put societal power structures and labels ahead of individuals and their endeavours."

So do Foucault's ideas pose a real danger to social and cultural life in Britain? Or is he a "bogeyman" deployed by some politicians to divide and distract us from real issues?

In this edition of Analysis, writer and academic Shahidha Bari tries to make sense of Foucault's influence in the UK - and asks whether his ideas really do have an effect on Britain today.

Agnes Poirier, journalist and author of Left Bank: Art, Passion, and the Rebirth of Paris, 1940-50

Lisa Downing, Professor of French Discourses of Sexuality at the University of Birmingham

Richard Whatmore, Professor of Modern History at the University of St Andrews and Co-Director of the Institute of Intellectual History

Matthew Goodwin, Professor of Politics in the School of Politics and International Relations at the University of Kent

Clare Chambers, Professor of Political Philosophy at the University of Cambridge

Charlotte Riley, Lecturer in Twentieth-Century British History at the University of Southampton

Global Britain: is there substance behind the slogan?