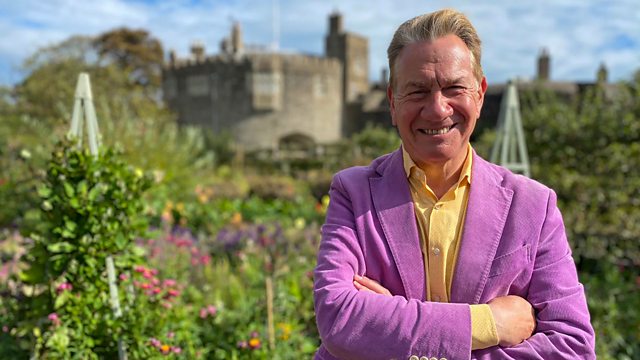 Michael heads to the splendid Walmer Castle, home during the 1920s to a Lord Warden of the Cinque Ports, Lord Beauchamp, whose openly homosexual lifestyle led to his exile from the country.

From the Kent Cinque Port of Deal, Michael heads to the splendid Walmer Castle, home during the 1920s to a Lord Warden of the Cinque Ports, Lord Beauchamp. Michael’s guide, the founder of the LGBTQ working group for English Heritage, tells Michael of the lavish homosexual parties Lord Beauchamp held at the castle and how his openly hedonistic lifestyle, at a time when homosexuality was illegal, resulted in his exile from the country.

Tracking the east Kent coast, Michael reaches the Royal Harbour of Ramsgate, where he remembers the courage of the little ships that evacuated men from the beaches of Dunkirk in 1940. Michael goes deep underground to see where the town’s residents sheltered from enemy bombs in a two-and-a-half mile long disused railway tunnel, some for up to five years.

Next stop is Margate, 'an exuberant resort' according to Bradshaw’s and the holiday destination of choice for Londoners drawn by the town’s pioneering amusement park, Dreamland. Michael helps to get the scenic railway in shape for the season.

On the seafront, Michael discovers that Margate was the choice for an American-born author’s convalescence from illness during the interwar years. TS Eliot found inspiration here for his poem The Wasteland.