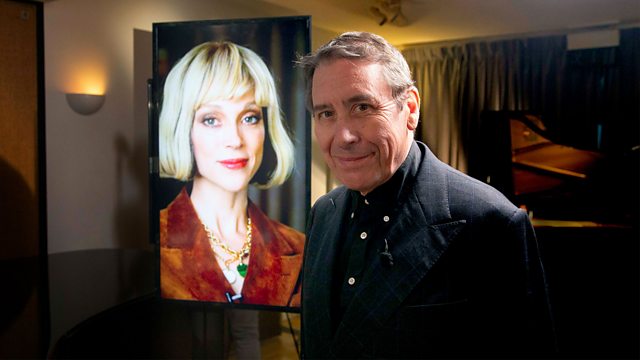 Jools chats to US musician and BBC 6 Music’s Artist in Residence, Annie Clark aka St Vincent, from her home studio in Los Angeles. They discuss her early life growing up in Texas and the musical influences that shaped her, such as Lou Reed, Al Green and British icon PJ Harvey, who all feature in her top favourite Later… performances. They also explore some of the themes and inspirations behind her recently released fifth studio album, Daddy’s Home, which sees her take on a new persona inspired by the music and culture of the early 1970s.

Multi-talented actor and musician Johnny Flynn makes his debut on the show with a performance filmed at Jools’ studio of the track Ten Degrees of Strange, taken from his latest album, Lost in the Cedar Wood, which was co-written with nature writer Robert MacFarlane and features fellow musicians Cosmo and Merlin Sheldrake as well as Johnny’s nine-year-old son Gabriel. Flynn has recently appeared in hit films such as Emma, The Dig and the David Bowie biopic Stardust, and over the years has written and released four studio albums as well as the soundtrack to hit BBC sitcom The Detectorists.

Also making their Later… debut are Bristol-based five-piece Squid, who will treat viewers to a performance of their single Paddling, which sees the band sharing vocal duties and explores the 'dichotomy between simple pleasures and decadent consumerism'. Squid first met at Brighton University in 2015, having connected over a love of ambient, jazz, and the propulsive sounds of 1970s Germany. They quickly became one of Britain’s most-lauded new bands and have recently released their debut album, Bright Green Field, which is produced by Dan Carey, the man behind many of the most vital debut records in recent years.

Returning to the show for a performance filmed at West London’s Bush Hall is Birmingham-born multi-instrumentalist and vocal powerhouse Laura Mvula. Armed with her keytar, Laura will perform a number from her forthcoming third LP Pink Noise, an album that she describes as having an 'obvious 80s palette' that inspired her to find the 'delight in dance again'.