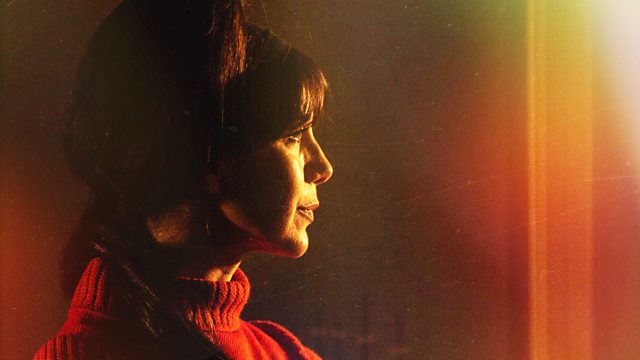 Delia Derbyshire: The Myths and the Legendary Tapes

Docudrama portrait of Delia Derbyshire, the electronic sound pioneer behind the Doctor Who theme tune, that explores the idea that this extraordinary composer herself lived outside of time and space.

Docudrama that explores the life and creative output of Coventry born-Delia Derbyshire – electronic musician, sound pioneer and female outsider in postwar Britain. From 1962 until 1973, she worked at the BBC’s Radiophonic workshop, where she created the iconic Doctor Who theme tune, which remained uncredited in her lifetime.

Delia Derbyshire introduced avant-garde electronic sound to a whole generation through the medium of a children’s teatime television show. Sound was both a refuge for Delia and a haunting manifestation of something darker. Delia was three years old during the Coventry blitz listening to the electronic sounds of the air-raid sirens against a backdrop of her devastated hometown. Delia describes the sound of the ‘all-clear' and air-raid sirens as her first experience of electronic music.

This is a story where sound encapsulates the pain, violence and potential of modernity and positions Delia as tapping into a heightened realm, where her femininity and creativity are unshackled, amplified and set free. This essence in her music invites aggression and control, often unconsciously, from those around her. Her technical and creative brilliance, intuition and integrity is a threat that speaks to the devastating gender power politics of her age and which still persists today.

Delia’s story is told through two archives: the first, a collection of lost works, 267 reels of quarter-inch magnetic tape recordings of Delia’s work found in her attic after her death, the other, her school books, paintings and keepsakes, discovered in her childhood bedroom.

The combined archive, which now resides at Manchester's John Rylands library, is an incredible resource of unfiltered material. Delia’s poetic collages and atmospheric soundscapes reveal themselves as intriguing expressions of her extraordinary inner life. The drama begins with Delia Derbyshire as a time traveller and imagines a visitation where she brings with her fragments, objects and sounds from her past to bring her struggle and vision to life, finding solace in deeply personal soundscapes.

Her struggle with alcoholism, frustrations at her contribution been downplayed in a predominantly male workplace as well as her intense artistic collaborations and life on the fringes of relationships are all explored in the film - all themes that collapse into sound, texture and harmonies. Delia is portrayed through a mix of observation and imagination. No single perspective would be sufficient to gain a true understanding of Delia. The docudrama replaces biography and a biopic style with something more lyrical.

Its playful, psychedelic mix utilises archival materials, interviews with her collaborators and dramatisations while honouring the BBC Radiophonic Workshops arranger-composer's own questing spirit.

This is a life story told through sound, using both Delia’s own pieces of music alongside a soundtrack constructed from samples chosen with musician and performance artist Cosey Fanni Tutti from Delia’s attic tapes. It explores the fantasy of a collaboration, an exchange of ideas across eras between two fascinating musicians. It celebrates independence and imagination and looks at how, when that energy is evoked by women and creates a spark, the pattern seen throughout history is that it is often dismissed, ridiculed or downplayed. A cinematic exploration of a legendary musical figure, written and directed by Caroline Catz, who also plays Delia.

Dylan Thomas: From Grave to Cradle

See all clips from Delia Derbyshire: The Myths and the Legendary Tapes (3)