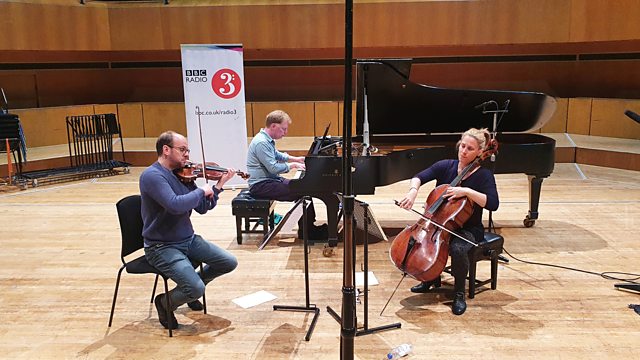 Schumann Plus performed by the Leonore Piano Trio

In the final concert this week broadcast live from St David’s Hall in Cardiff, the Leonore Piano Trio perform Schumann’s four movement Fantasiestücke, completed in 1842 when the composer was focused on a number of chamber works that year. In this work Schumann experiments with form, composing a four movement piano trio, but with shorter and more whimsical movements. The concert concludes with music by the Dutch composer Henriëtte Bosmans, who composed her three movement Piano Trio in 1921, a period when she’d been studying with Arnold Schoenberg.

Schumann Plus performed by Peter Cigleris and Duncan Honeybourne