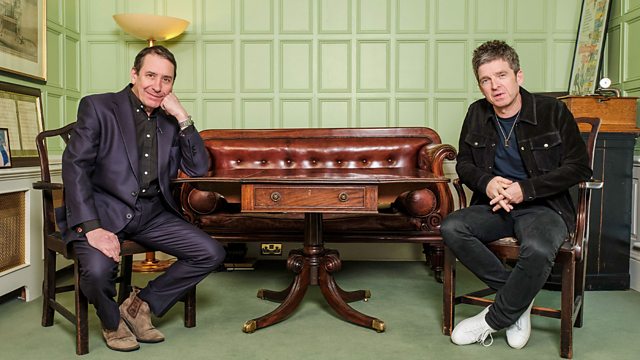 Jools welcomes musical icon Noel Gallagher, who looks back at ten years of his band Noel Gallagher’s High Flying Birds, including ‘that scissor moment’, stories of his life and career, and the music that has inspired him. His choices from the archive include the likes of Young Fathers, The Strokes and Paul McCartney.

There's also a special performance from Walsall-born singer-songwriter and Brit winner Jorja Smith, who made her TV debut on the Later 25th anniversary special at the Royal Albert Hall in 2017. She sings the track Home from her new eight-track project Be Right Back, a collection of songs that she says will be 'interpreted in different ways, depending on experiences of the people listening'.

And we will be welcoming the return of Ohio duo The Black Keys, who have just released their tenth studio album, Delta Kream. It celebrates the band’s roots, honouring the musicians and songs of the Mississippi Hill Country Blues that they have loved since they were teenagers. They will be performing a rendition of an R.L. Burnside track, Going Down South, from the band’s Easy Eye Sound studio in Nashville.