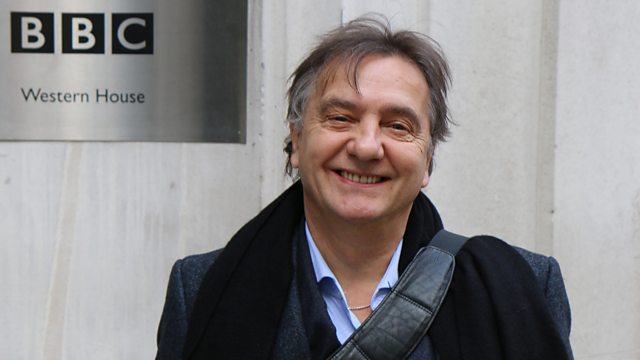 Chef Raymond Blanc began to write a recipe book at the beginning of 2020 inspired by the fast and simple cooking of French scientist Edouard de Pomaine and by his mother. He had no idea the world was about to change. A few months later, Raymond was self-isolating when he found that his mother had died in France and then he was hospitalised with Covid for a month over Christmas and into January. He joins Nikki Bedi and Richard Coles to explain how Simply Raymond: Recipes from Home reflects how the past year has changed his approach to food and life.

Kathryn Heyman experienced a horrific assault in her early 20s on her way home from a party. In a bid to escape the trauma, Kathryn joined four trawlermen on the Timor Sea where she was unexpectedly able to heal from the wounds of the past. She joins us to talk about her new memoir Fury.

Actor Joseph Marcell has been well-known to British theatre audiences for 50 years, beginning his stint at the Royal Shakespeare Company in 1972 and now sitting on the board of The Globe Theatre. He is globally famous for a different reason, having played the role of British butler Geoffrey in hit 90s sitcom The Fresh Prince of Bel-Air, which launched the career of Will Smith and is still in syndication on television networks around the world.

Asian Network presenter Yasser got his first break in TV when he was 12. He talks about discovering a different side to Pakistan when he went there as a DJ, being a 2012 Olympic Torch Bearer and shares stories from his Ramadan tracker, which is discovering out how Muslims are celebrating Ramadan around the world.

And we have the Inheritance Tracks of designer Anya Hindmarch.