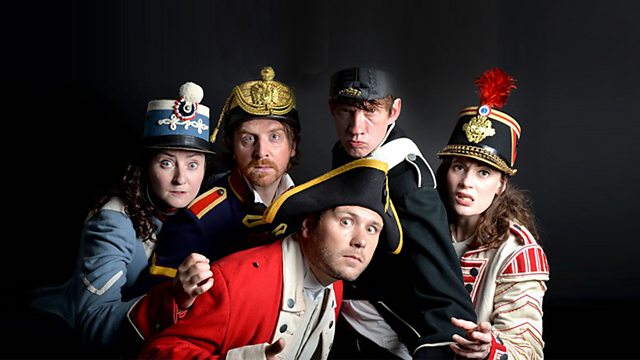 The ninth series of John Finnemore's Souvenir Programme is very different to the previous eight. It's still written by John Finnemore, "one of our best sketch writers", (The Observer), and performed by him with "a great supporting cast of Margaret Cabourn-Smith, Simon Kane, Lawry Lewin and Carrie Quinlan" (The Telegraph), and there are still sketches and songs. But, with no live studio audience this year, John has taken the opportunity to try something completely new

Every episode in this series of Souvenir Programme is made up of scenes from one person's life, played in reverse order. There's no narrative to the episode; it's still a sketch show, not a sitcom... but the sketches in each episode all happened to one person, played by one member of the cast, over the course of their lifetime.

Episode one is all about Russ, and takes place between a Christmas day Zoom in 2020, and a funeral he attended as a five-year-old in 1990.

John Finnemore's Souvenir Programme started in 2011 and quickly established itself as "One of the most consistently funny sketch shows for quite some time" (The Guardian), and "One of the funniest and most inventive new radio comedy shows of recent years" (The Daily Mail).