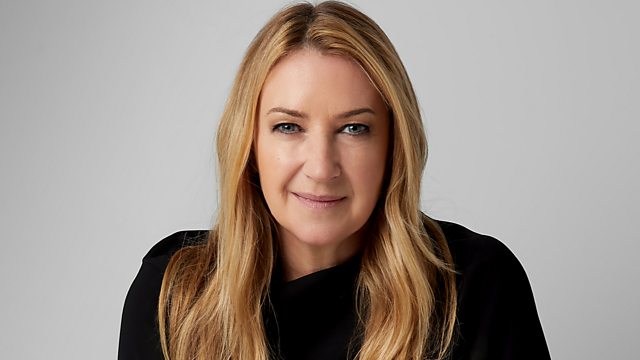 Rosie Aycliffe talks about her daughter Mia who was killed while backpacking in Australia; Entrepreneur Anya Hindmarch; Women on Boards; Ruthie Henshall on care homes.

In 2016 Mia Ayliffe Chung was killed at a remote farmworkers’ hostel while backpacking in Australia. What she didn’t realise at the time and what her mum Rosie Ayliffe later discovered was backpackers like Mia were exposed to widespread exploitation including sexual harassment, inadequate health and safety and substandard living conditions. Since Mia's death Rosie has been campaigning to improve conditions for young casual workers, helping to change the law in three of the six states of Australia. She has written a book about Mia called Far From Home.

Anya Hindmarch is an entrepreneur, a global business woman, mother of five and a stepmother. Now she's turned 50 she's turned her hand to writing - putting together A Manual for Life with the very tongue in cheek title "If In Doubt Wash Your Hair".

In the UK now more than a third (34.3%) of FTSE 350 board positions are now held by women. But what do boards do? And how can you get on one? To discuss these questions Emma is joined by Dambisa Moyo, renowned economist, named as one of Time Magazine's Top 100 Most Influential People in the World and author of a new book How Boards Work; and Fiona Hathorn, CEO of Women on Boards UK.

As of Tuesday this week residents leaving their care home to go for a walk or to visit a loved one’s garden no longer have to isolate for two weeks on their return. But actor Ruthie Henshall is concerned about the potential ‘grey area’ around this relaxation of the rules which could continue to limit some families’ access. Ruthie, along with the group Rights for Residents, has delivered a petition with 300,000 signatures to the House of Commons. She explains her concerns and what she would like the government to do.