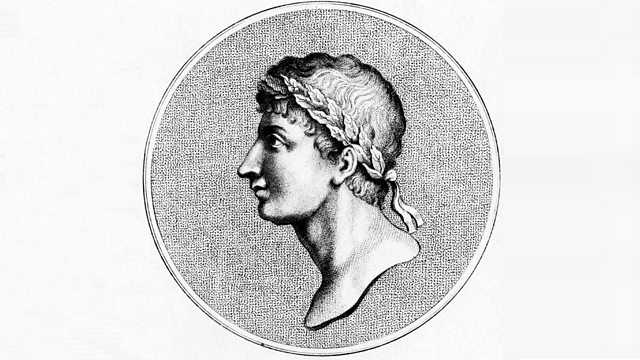 Melvyn Bragg and guests discuss the Roman poet whose influence is arguably greater than any poet of the classical age, besides Homer, even though his writing led to his exile.

Melvyn Bragg and guests discuss the Roman poet Publius Ovidius Naso (43BC-17/18AD) who, as he described it, was destroyed by 'carmen et error', a poem and a mistake. His works have been preserved in greater number than any of the poets of his age, even Virgil, and have been among the most influential. The versions of many of the Greek and Roman myths we know today were his work, as told in his epic Metamorphoses and, together with his works on Love and the Art of Love, have inspired and disturbed readers from the time they were created. Despite being the most prominent poet in Augustan Rome at the time, he was exiled from Rome to Tomis on the Black Sea Coast where he remained until he died. It is thought that the 'carmen' that led to his exile was the Art of Love, Ars Amatoria, supposedly scandalising Augustus, but the 'error' was not disclosed.

Gail Trimble at the University of Oxford

Dunstan Lowe at the University of Kent

Laurel Fulkerson, Ovid: A Poet on the Margins (Bloomsbury Academic, 2016)