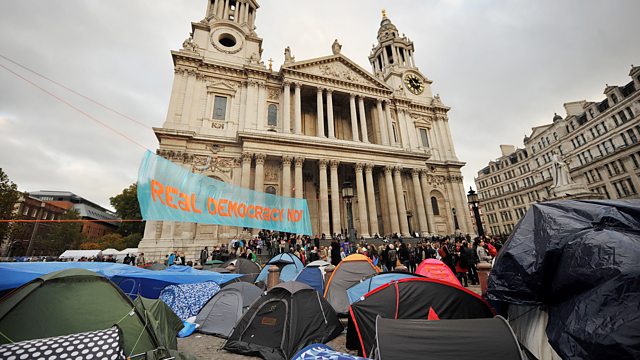 Personal faith and the Church

Chine McDonald, Giles Fraser and Jeet Thayil explore a crisis of faith and a challenge to the authority of the church with Tom Sutcliffe.

What it means to be a black Christian woman in the UK is at the heart of Chine McDonald’s new book, God Is Not a White Man. Part memoir and part theological and historical study, McDonald looks back at the role the Christian faith has played over the centuries in perpetuating ideas of white supremacy. She tells Tom Sutcliffe that black women in the church have stayed silent too long.

The writer Jeet Thayil re-imagines the story of the New Testament through the eyes of the women suppressed and erased from the Gospels. Names of the Women brings to life fifteen women whose importance at the Crucifixion highlights the power they once had. Thayil was born into a Syrian Christian family in India and was inspired to write this work by the defiance and authority of his grandmother.

In 2011 when the Occupy movement set up camp around St Paul’s Cathedral in London, Canon Giles Fraser was caught between his pastoral care of the protestors, the needs of the church and the demands of the City of London. He suffered a crisis of faith and mental health. In Chosen: Lost and Found Between Christianity and Judaism, Fraser explores his own religious roots, and discovers the healing power of theology for the individual and society.

What if the Incas had colonised Europe?