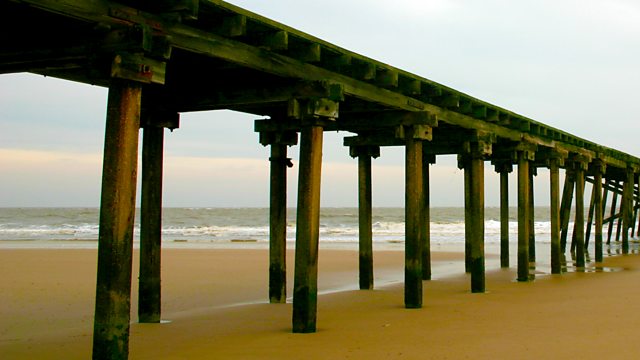 The seaside town of Withernsea is in danger of dying on its feet, so the local community are building a new pier which they hope will help. Can they do it and will it work?

In 1998, when Torkel Larsen moved to the UK from his native Norway, he bought a house in Withernsea in Yorkshire, previously owned by a hoarder. Inside the house, which was packed to the rafters with stuff, he found a desk and in one of the drawers lay the original drawings for the town’s pier, which had been destroyed by a passing ship in 1893.

Torkel decided then and there to try and re-build it. After all, he thought, how difficult could it be?

Seaside specialist and historian Dr. Kathryn Ferry finds out - and along the way discovers that, while places like Blackpool can boast three piers, Withernsea hasn’t had one since a gale in 1893 caused a ship to crash through the middle of it. Consequently, the town is currently dying on its feet. With the growing recognition that seaside piers are vital to coastal communities for resort identity, heritage, employment, community pride and tourism, a UK government grant in 2015 offered funding for the revival of piers nationwide. Torkel Larsen got together with a dedicated band of locals in this small seaside town, determined that a replacement pier could have the power to restore their deprived town’s fortunes - and have far-reaching benefits that could be replicated elsewhere.

Historian Dr Kathryn Ferry finds out what is motivating would-be pier builders at a time when our world has changed irrevocably since Covid 19 hit, and when extreme weather events and rising sea levels make the idea of building into the North Sea seem a crazy idea.

She discovers some of the trials and tribulations of building a pier from scratch and hears how Torkel and the local community have pulled together to help turn their new pier into a viable, sustainable attraction – with the bankruptcy of grant-funded new Hastings Pier offering a sobering parallel. By tuning into modern needs and desires as well as providing a sense of nostalgia, we’ll hear how the pandemic has given 21st century piers all over the country a new lease of life.