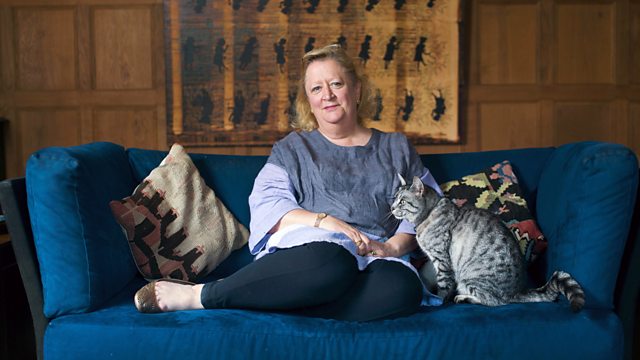 The writer and entrepreneur Margaret Heffernan shares her lifelong passion for music with Michael Berkeley and describes how we can best prepare for an unpredictable future.

The writer and entrepreneur Margaret Heffernan shares her lifelong passion for classical music with Michael Berkeley and describes how we can best prepare for an unpredictable future.

Born in Texas, raised in Holland and educated in Britain, Margaret Heffernan has had a hugely varied career – she’s been a high profile entrepreneur and the CEO of multimedia technology companies in America; she’s written plays and spent 13 years as a BBC producer; she’s a Professor of Practice at the University of Bath; she’s written seven bestselling and prize-winning business books and her Ted Talks have been watched by more than twelve million people.

Underlying everything Margaret does are her unconventional, inclusive ideas about leadership summed up by her motto: ‘Let's not play the game, let's change it.’

Margaret’s intense curiosity about the world is reflected in her lifelong desire to discover music. She trained as a singer while living in America and she chooses music she studied by Vivaldi and by Monteverdi; part of a requiem by the contemporary composer Nick Bicat; and a piece by William Brittelle performed by the experimental vocal group Roomful of Teeth, to which her son introduced her.

And we hear part of Anthony Burgess’s rarely heard operetta Blooms of Dublin, which was produced for the BBC in 1982 by her first husband Michael who was killed when they had been married for just two years.