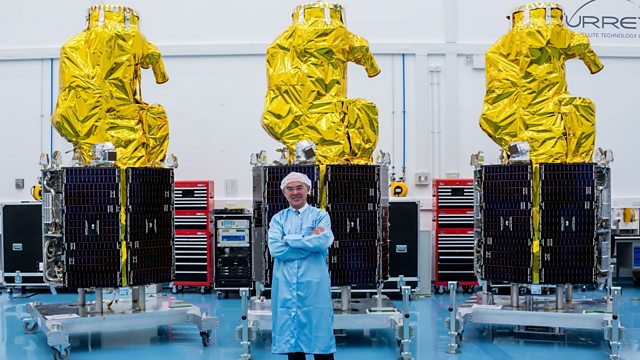 How Martin Sweeting made a satellite on his kitchen table and persuaded Nasa to launch it into space. Martin tells Jim Al-Khalili about his life and work.

When Martin Sweeting was a student, he thought it would be fun to try to build a satellite using electronic components found in some of the earliest personal computers. An amateur radio ham and space enthusiast, he wanted to create a communications satellite that could be used to talk to people on the other side of the world. It was a team effort, he insists, with friends and family pitching in and a lot of the work being done on his kitchen table. Somehow he managed to persuade Nasa to let his microsatellite hitch a ride into space and, after the first message was received, spent more than a decade trying to get a good picture of planet earth. The technology that Martin pioneered underpins modern life with thousands of reprogrammable microsatellites now in orbit around the earth and thousands more due to launch in the next few years to bring internet connections to remote parts of the world. The university spin-off company, Surrey Satellite Technologies Limited (SSTL) that Martin set up in the 1980s with an initial investment of £100 sold for £50 million a quarter of a century later. If his company had been bought by venture capitalists, he says he would probably have ended up making TVs. Instead he developed the satellite technology on which so much of modern life depends.

Theresa Marteau on how to change behaviour