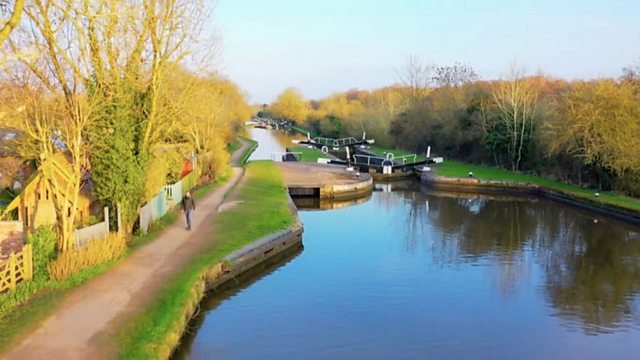 Tom Heap looks at the impact of canals on the past, present and future of our countryside, and Margherita Taylor celebrates the 200th anniversary of the Regent’s Canal.

Tom Heap and Margherita Taylor look at the impact of canals on the past, present and future of our countryside.

In the Midlands, Tom is on the UK’s longest canal – the Grand Union - discovering the engineering triumphs that helped traverse our rugged landscape and how they could now play their part in a 21st-century green tech revolution.

Meanwhile, Margherita celebrates the 200th anniversary of the Regent’s Canal, finding out how this once commercial route now brings a slice of countryside to the city, benefitting both residents and wildlife. Tom also investigates what’s going into our public sector meals, wildlife film-maker Jack Perks dons his wetsuit to get up close to some frisky frogs, and we pay our first visit to Brookvale Farm in Northern Ireland, where we will be following the fortunes of a family staking their future on the success of hi-tech farming.