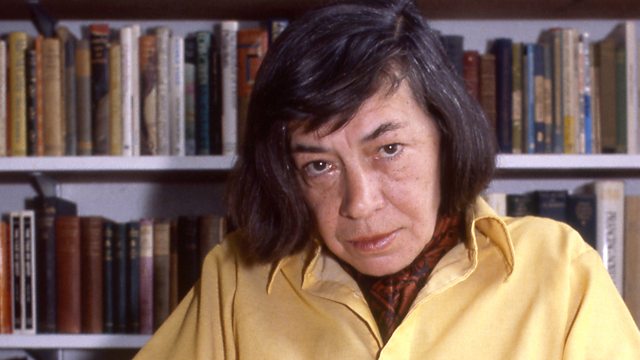 Director Jonathan Kent was friends with Patricia Highsmith. He'd been playing Tom Ripley for a tv show, and staying in the hotel suite next door to her. She took a shine to him. Now he repays the debt with this revealing and intriguing programme to celebrate a hundred years since her birth in 1921. Although best known for the Ripley books, she first broke through with Alfred Hitchcock's film adaptation of her novel, Strangers on a Train. She was, says Kent, not so interested in murder as in what happens to a character after the crime is done.

"I read sometimes how odd she was - I didn't find her odd at all. She was shy, very shy. She had a fringe, a sort of hank of hair that would fall over her eyes and I would catch her sneaking looks at me. But there was nothing odd about her. Perhaps my standards of oddness are different." Jonathan Kent

The programme features extensive archive of Highsmith, plus the film director Anthony Minghella; at least one other Tom Ripley actor; and her award winning biographer, Andrew Wilson, who has a few Highsmithian novels on the way.

This is the first in a new series which also features the African novelist, Chinua Achebe; the Plantagenet king Edward III; and the British entertainer Kenny Lynch.

The presenter is Matthew Parris, the producer is Miles Warde.