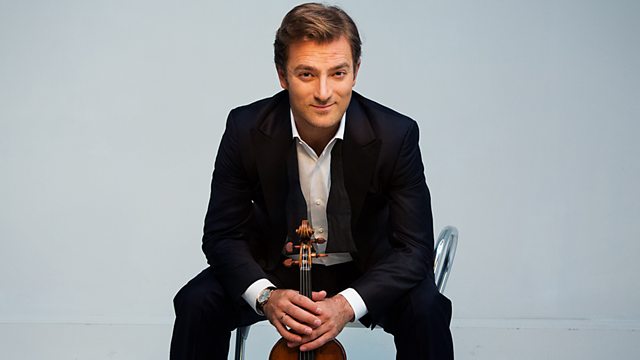 French violinist Renaud Capuçon talks about his new recording of Elgar's Violin Concerto, and composer Cecilia McDowall talks about a new CD of her choral music.

Tom Service speaks to the French violinist Renaud Capuçon about his new recording of Elgar's Violin Concerto, made during lockdown last year with Simon Rattle and the London Symphony Orchestra who premiered the work back in 1910.

The musicologist Michael Spitzer Joins Tom to talk about his new book, The Musical Human: A History of Life on Earth, which explores the relationship between music and the human species, and tells the story of music from the dawn of time to the present. Music psychologist Victoria Williamson and musicologist Morag Grant share their expert views on the book.

We hear from the composer Cecilia McDowall, who celebrates her 70th birthday this year, as a new album of her sacred choral music, performed by the Choir of Trinity College Cambridge, is released this weekend.

And Lucy Winkett, Rector of St James's, Piccadilly, in London, celebrates Easter 2021 - as a time of hope for the church and for music.

Music under threat in Kabul

A life in music