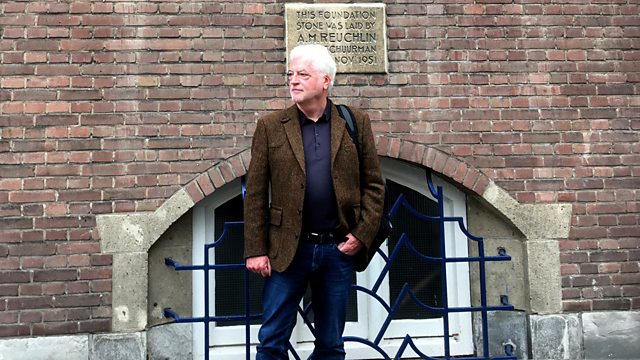 Scotland and the Low Countries

Billy Kay explores the shared history between the Dutch and the Scots and celebrates its cultural legacy in both countries.

The programme begins in Veere in Zeeland by the beautifully preserved Scottish Houses in the old Staple Port. Following the Reformation, thousands of Scots served in The Scots Brigade of the Dutch Army. They were there fighting for the very creation of the Dutch nation and were recognised as such when in 1629 Prince Frederick Henry of Orange referred to them as “the bulwark of the republic”.

As late as the 18th century Rotterdam had a Scottish population numbering over a thousand, while the university towns were thrang with Scots. Probably the greatest debt the Scots owe the Dutch is in the developement of Scot Law. The man known as the father of Scots law, James Dalrymple, Viscount of Stair arrived as a political refugee in Holland in 1682 and remained at the university of Leiden until 1688, before taking his teachings back to Scotland.

Utrecht and Leiden also exerted a great influence on Scots medicine, with many Scots studying under the great Herman Boerhaave and then founding the Edinburgh medical school on the model supplied by Leiden. Archibald Pitcairne and Sir Robert Sibbald were involved in the creation of the Royal College of Physicians of Edinburgh in 1681. They were the catalyst for the rapid improvement in the teaching of the subject in Scotland, when Edinburgh replaced Leiden as the medical metropolis of the world.

We explore another interesting connection. A feature of early New York society was the number of Scots who married into the old Dutch families. One such man was Alexander Hamilton who married one of the Schuyler girls – their story is the basis of the current Broadway hit hip-hop musical Hamilton. I met members of the Schuyler family and they’re proud of their heritage as American citizens and Scots Dutchmen.

See all episodes from Scotland and the Low Countries