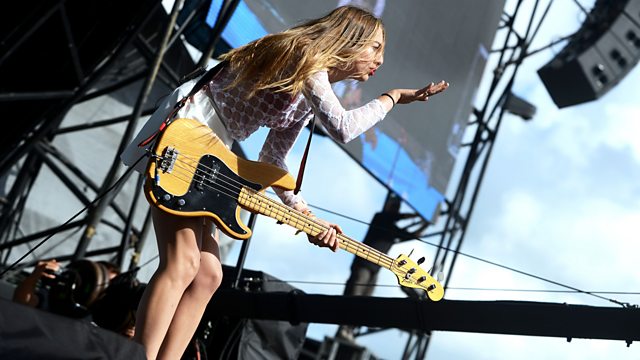 Summer music festivals line-ups - how many female artists are included?

It’s exams season coming up. This summer, students will receive A-level and GCSE results based on their teachers’ predictions, after exams were cancelled for the second year in a row due to the pandemic. Teachers will be required to compile evidence to substantiate their predicted grades. Ministers have insisted that this year's grading system is the fairest plan, rather than using algorithms. However, there are concerns that ‘pointy elbow’ parents have been pressurising teachers to boost their children’s exam grades. To discuss the issues Anita talks to Emma Irving, who works part time as a private tutor, and Richard Sheriff, Executive headteacher of Harrogate grammar school and president of the Association of School and College Leaders.

In Ripe Figs: Recipes and Stories from the Eastern Mediterranean, food writer, Yasmin Khan explores eastern Mediterranean’s border politics. She travels to the refugee camps of Lesvos, Istanbul and Nicosia, Cyprus. She talks about the women in Athens who have created a safe spaces for refugees and the women who use them. Yasmin also talks about the women who have set up a restaurant in Lesvos to integrate refugees into daily life on the island.

This week the organisers of the Glastonbury Festival announced a one-off live streamed event in May, the bands will be performing at Worthy Farm but the audience will be at home around the world. However there are plenty of festivals planned in person once social distancing laws are – hopefully – lifted this summer. Many of them have now revealed their line-ups, and overall they are still featuring majority male artists, particularly among the headlining acts. Joining Anita are two women who want to change that - founder of the F-List Vick Bain and Maxie Gedge, UK project manager of Keychange, an initiative set up by the PRS Foundation to encourage better gender representation in music.