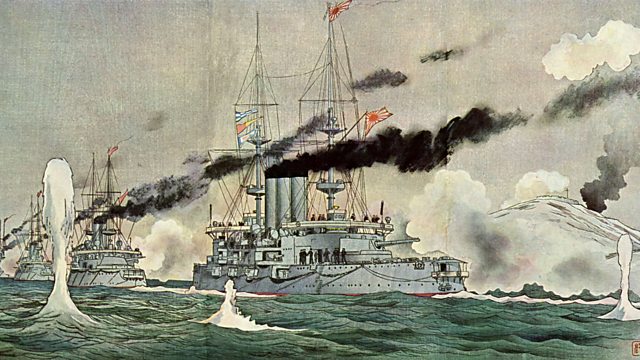 Melvyn Bragg and guests discuss Japan's unexpected victory over Russia in 1904-5 which gave Japan a new status in the world and pushed Russia into revolution.

Melvyn Bragg and guests discuss the conflict between Russia and Japan from February 1904 to September 1905, which gripped the world and had a profound impact on both countries. Wary of Russian domination of Korea, Japan attacked the Russian Fleet at Port Arthur and the ensuing war gave Russia a series of shocks, including the loss of their Baltic Fleet after a seven month voyage, which reverberated in the 1905 Revolution. Meanwhile Japan, victorious, advanced its goal of making Europe and America more wary in East Asia, combining rapid military modernisation and Samurai traditions when training its new peasant conscripts. The US-brokered peace failed to require Russia to make reparations, which became a cause of Japanese resentment towards the US.

Oleg Benesch
Reader in Modern History at the University of York

Oleg Benesch at the University of York

Rotem Kowner (ed.), The Impact of the Russo-Japanese War (Routledge, 2007)

Ian Nish, The Origins of the Russo-Japanese War (Longman, 1985)

Frederic A. Sharf, Anne Nishimura Morse and Sebastian Dobson, A Much Recorded War: The Russo--Japanese War in History and Imagery (MFA Publications, 2005)