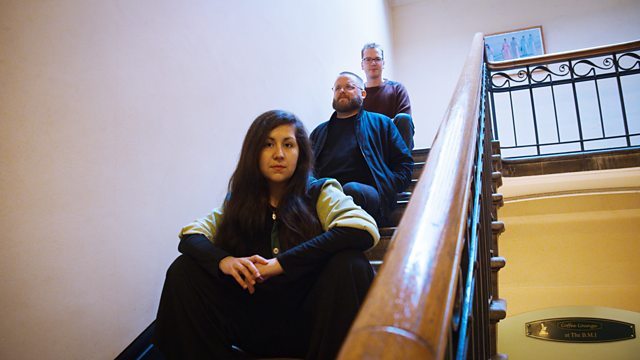 Corey Mwamba showcases the sonic possibilities of the theremin, including a new release from Birmingham trio Bobhowler. Plus an early release from saxophonist Steve Wliliamson.

Corey Mwamba showcases the sonic possibilities of the theremin, including new music from Birmingham-based collaborative trio Bobhowler, in which Tom Mills explores the extensive range of soundscapes and textures of the theremin alongside Andrew Woodhead on piano and electronics and Alicia Gardener-Trejo on baritone saxophone and flute.

Plus we revisit an early release from firebrand British saxophonist and composer, Steve Williamson.