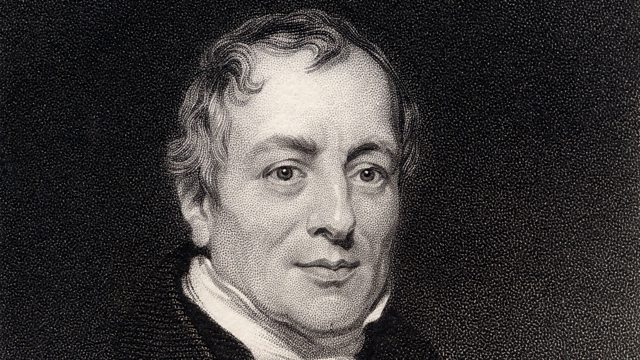 Melvyn Bragg and guests discuss Ricardo's argument that Britain's economy was being held back by the interests of landlords and protectionism, and his call for free trade.

Melvyn Bragg and guests discuss one of the most influential economists from the age of Adam Smith and Thomas Malthus. Ricardo (1772 -1823) reputedly made his fortune at the Battle of Waterloo, and he made his lasting impact with his ideas on free trade. At a time when nations preferred to be self-sufficient, to produce all their own food and manufacture their own goods, and to find markets for export rather than import, Ricardo argued for free trade even with rivals for the benefit of all. He contended that existing economic policy unduly favoured landlords above all others and needed to change, and that nations would be less likely to go to war with their trading partners if they were more reliant on each other. For the last two hundred years, Ricardo’s Theory of Comparative Advantage in support of free trade has been developed and reinterpreted by generations of economists across the political spectrum.

Matthew Watson
Professor of Political Economy at the University of Warwick

Helen Paul at the University of Southampton

Matthew Watson at the University of Warwick

Richard Whatmore at the University of St Andrews

Robert Heilbroner, The Worldly Philosophers: The Lives, Times and Ideas of the Great Economic Thinkers (Penguin, 2000)