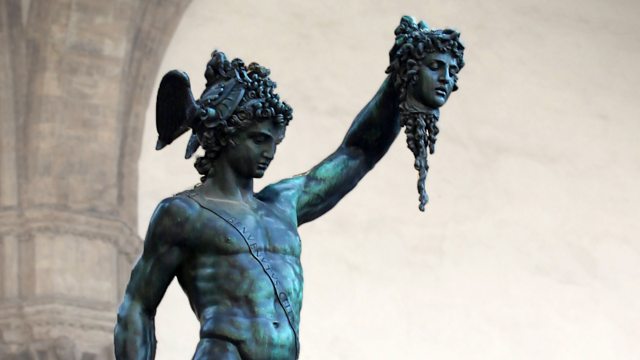 A Portrait of the Artist

The Essay Blood and Bronze
Episode 1 of 10

Jerry Brotton takes a fresh look at the Italian Renaissance through Benvenuto Cellini, one of its most controversial artists. Also, a painting is found, which might be by Cellini.

Jerry Brotton is Professor of Renaissance Studies at Queen Mary University of London and wants us to take a fresh look at a period in European history usually associated with beauty, harmony and art. His approach contains a health warning: the Renaissance was a lot darker and violent than many of us have imagined. Retracing the life of Benvenuto Cellini through his shocking autobiography, Jerry reveals how this was a time of conflict as well as beauty, creativity as well as tyranny. And as he gets to grips with such a charismatic yet dangerous character as Cellini, a new discovery brings the story up to date. On the market for over $100 million, a Russian art dealer has offered a ‘self-portrait’ by the hand of Cellini. But Cellini worked in gold and silver, bronze and marble. He didn’t paint! Or did he?

Jerry Brotton is on the trail of a Renaissance man and a modern-day mystery.