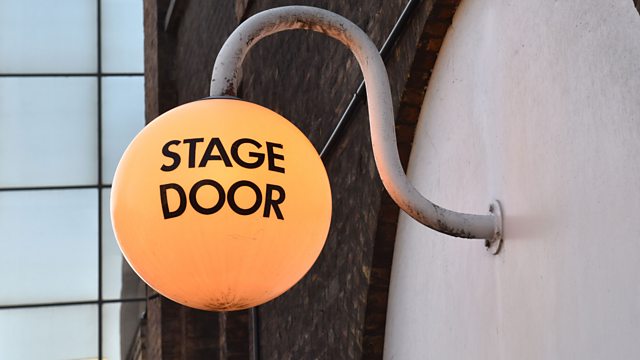 Poetry, prose and music to transport you to the theatre with readers Indira Varma and Rory Kinnear getting the show on the road, accompanied by Kurt Weill, Purcell and Matthew Locke.

As part of the BBC Lights Up festival of theatre which brings a series of dramas to radio and television, today’s Words and Music takes us both backstage and into the experiences of performers in front of the footlights: from Shakespeare’s Hamlet deciding to use a play to catch out his villainous uncle, to the playwright Michael Frayn describing the agony of a cigarette lighter failing to function on stage. Actors Rory Kinnear and Indira Varma read from a range of plays and prose exploring the pleasures and pitfalls of theatrical life. You'll also hear the voice of perhaps the most legendary figure in modern British theatre: Sir Laurence Olivier, discussing the newly founded National Theatre Company in 1963. There’s a moment from Bernadine Evaristo’s novel Girl, Woman, Other, where a playwright reflects on her move from theatrical radical to member of the mainstream; and that’s followed up with a true visionary of the theatre: Kurt Weill singing a wonderfully Germanic-sounding version of Speak Low. The theatrical soundtrack also stars Henry Purcell, Ethel Merman and Frankie Howard (in a toga) and a seventeenth century wind machine.

150 Years of The Royal Albert Hall