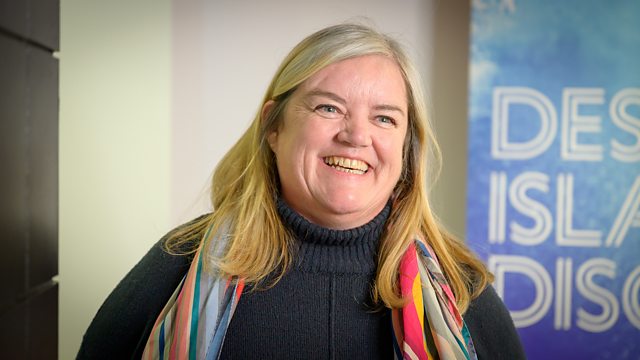 Dame Louise Casey, crossbench peer, shares the eight tracks, book and luxury item she would take with her if cast away to a desert island. With Lauren Laverne.

Baroness Casey of Blackstock is a former civil servant specialising in social welfare, who has worked under five prime ministers. She has taken on some of UK society’s most difficult issues, including homelessness, anti-social behaviour and family breakdown, and has become known for her forthright views.

She grew up in Portsmouth and her first job was working on reception at a branch of the Department of Health and Social Security in the late 1980s. At 27 she became the deputy director of the housing and homelessness charity, Shelter. In 1999 she was appointed head of Tony Blair’s new Rough Sleepers Unit, prompting the media to call her the ‘homelessness tsar’.

She went on to run the Anti-Social Behaviour Unit at the Home Office where she became known as the ASBO Queen. David Cameron appointed her director general of the Troubled Families Programme in 2011.

In 2016 she was awarded a DBE for services to families and vulnerable people. During the first COVID-19 lockdown she led the government’s Everyone In campaign which found emergency accommodation for rough sleepers.