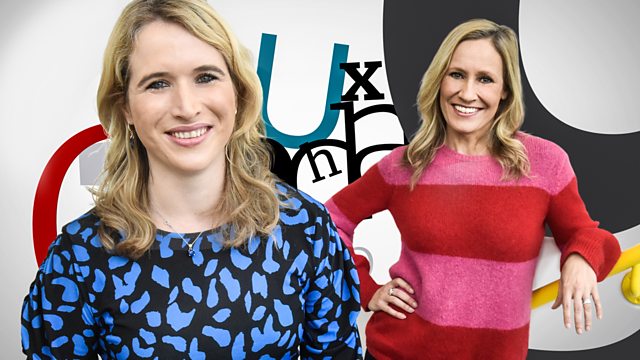 I Can't Say My Name: Stammering in the Spotlight

Felicity Baker, who has a stammer, reveals what it's like to live with the condition. Among those she talks to is Michael Palin, whose father stammered but never spoke about it.

BBC producer Felicity Baker has a stammer that she has spent her whole life trying to hide. She struggles to say her own name. After revealing her secret to presenter Sophie Raworth, they swap roles as Felicity steps out in front of the camera to talk about what it’s like to live with a stammer.

As they explore this hidden world, Felicity finds she is not alone. She meets a rugby player who blames his stammer for his aggressive behaviour on the pitch, a rapper who found music stopped him stammering and the film star Michael Palin, whose father stammered but never ever spoke about it. As Felicity puts stammering in the spotlight, she discovers she is not the only who struggles to say her name.