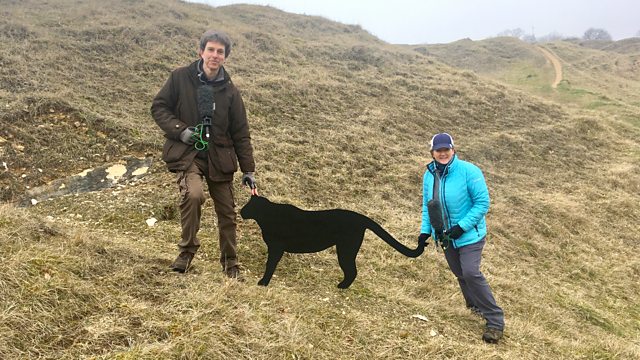 Big Cats! Rick Minter takes Clare Balding for a walk in rural Gloucestershire to discuss why he's so sure big cats exist in the British countryside.

Do big cats roam the British countryside? It’s a long running debate, one that’s never far from the headlines. A few years ago on Ramblings, Clare saw what she described as an “enormous black cat” on a walk near Ross on Wye. Several newspapers followed this up, as did the ‘Big Cat Conversations’ podcast which is hosted by Rick Minter: he set up a camera trap close to Clare’s sighting and made contact with Ramblings. So, for today’s walk, Clare and Rick explore the area around Selsley Common in Gloucestershire and discuss why he’s so sure big cats do exist in rural Britain.