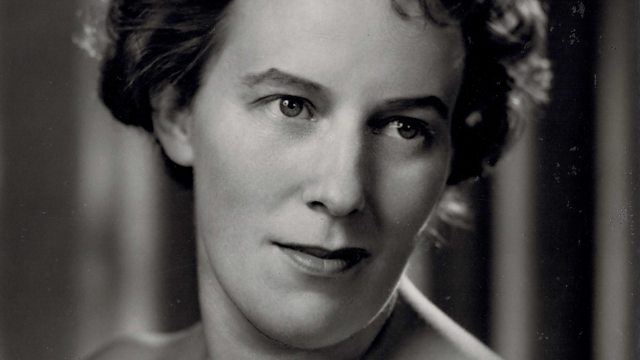 Donald Macleod considers the types of obstacles Ruth Gipps encountered as a conductor, with music from her Fourth Symphony and her Horn Concerto.

Donald Macleod considers the types of obstacles Ruth Gipps encountered in her professional capacities as an educator and as a conductor, with music from her Fourth Symphony and her Horn Concerto.

Ruth Gipps was born in Bexhill-on-Sea in 1921. Her Swiss-born mother was an accomplished pianist and, recognising her daughter’s aptitude, taught her piano from an early age. Gipps was four years old when she gave her first public performance, at Grotrian Hall in London. It was from that moment on, she said later, that she knew without a shadow of a doubt, that playing the piano was her job and that she wanted to be a composer.

A highly gifted and versatile musician, on 25th March 1945, Gipps took part in a public concert as the soloist in Glazunov’s Piano Concerto before rejoining the woodwind section of the City of Birmingham Orchestra as an oboist for the premiere of her first symphony. Four more symphonies were to follow. But a troublesome injury to her hand, which she had sustained in childhood, brought her career as a concert pianist to an end in the 1950s. By this stage she had achieved some notable successes as a composer. The recipient of several composition prizes, an early high point was the selection of her orchestral work “Knight in Armour” by Sir Henry Wood for the Last Night of the Proms broadcast in 1942.

Awarded a doctorate in music in 1947, Gipps held teaching posts at London’s Trinity College of Music, the Royal College of Music and Kingston Polytechnic and did terms as Chair of both the Composers’ Guild and the newly founded British Music Information Centre. There’s little doubt though that Gipps faced considerable gender discrimination in several of the fields in which she excelled. On discovering her enjoyment of conducting, she overcame this by founding two orchestras, the London Repertoire Orchestra in 1955, and then the Chanticleer Orchestra.

A composition pupil of Vaughan Williams, Gipps defined her music as, “a follow-on from her teacher, Bliss and Walton, the three giants of British music since the Second World War.” While all these composers can be heard in her music, her music has its own distinctive and original qualities.
Publicly outspoken, Gipps remained firmly anti-modernist. She regarded 12-tone music, serial music, electronic music and avant-garde music as utter rubbish. From the late 1950s the musical establishment felt her music was out of step with the times, and they bypassed her work. She did have some admirers, including Sir Arthur Bliss, whom she had first met in 1942, who continued to support and admire her music but in general it fell to her own resourcefulness to get her music heard, arranging performances, which she would then conduct with her own orchestras.

Across the week Donald Macleod is joined by Victoria Rowe, the keeper of Gipps’s archive and her daughter-in-law. Together they build a picture of Gipps as a child performer, a young student, an educator, a conductor and a composer. The series features specially recorded material from the BBC’s performing groups, including Gipps’s Second, Third and Fourth symphonies. There’s also a brand-new recording of Cringlemire Garden, for string orchestra, and two more new releases, both of which explore her chamber music. All three recordings are planned for release later this year, to mark the centenary year of her birth.

In 1957 Ruth Gipps made her professional debut as a conductor at the Royal Festival Hall in London. As her profile developed, she became more involved in the organisation of British orchestras. Her views ruffled quite a few feathers, but Gipps stood her ground.