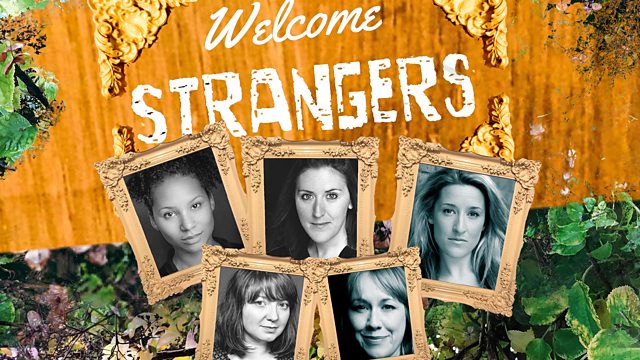 Guided by our mysterious, omnipotent and surprisingly judgemental narrator, we'll traverse the length of the land, exploring nooks and crooks, crannies and Grannies, as we poke our nose in and poke a stick at all the weird and wonderful characters this country has to offer.

In this first episode of the series, we'll meet a host of new faces, from One-Take-Tiffany, an actor struggling with regional accents; to Jules the wedding dressmaker whose observations hit a little too close to home; a gardener whose celebrity clientele has redefined their landscaping; Grizelda, Santa's fast-talking no-nonsense agent; the original Swan from Swansea, and many more.

Written by a team of established and up-and-coming comedians, and performed by: Laura Dalgleish (Bravo 2 Charlies), Beth Granville (Foiled), Sian Harries (Tourist Trap), Kath Hughes (Geins Family Giftshop), Mali-Ann Rees (Tourist Trap), with Ruth Madoc (Hi-De-Hi!) as The Narrator, this is a sketch show unlike any you've ever heard...since series one.