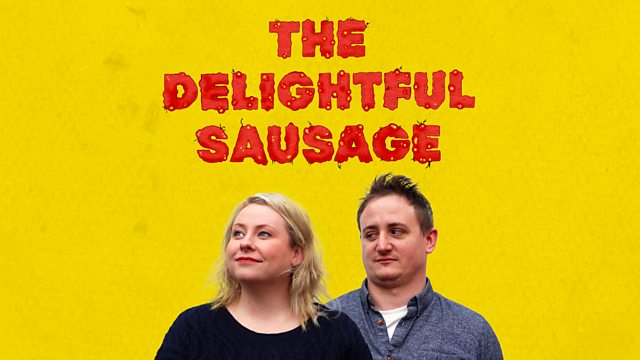 The Delightful Sausage On: Staycations

The Festival of Funny on BBC Radio 2

The Delightful Sausage are bringing their Edinburgh Fringe ‘Best Show’ nominated double act to BBC Radio 2 with a travelogue unearthing some of the UK’s most unique staycations. Christopher-Louise and Amy will get hot and bothered at a Dracula-themed B&B, sample some eye-watering cuisines and have a truly unforgettable stay at a Yorkshire holiday camp. Along the way, we'll learn about the history of the humble staycation and get some top tips for the budget conscious holiday maker. Expect gross-out humour, oddball characters and really, really northern accents.

The Delightful Sausage are an award-winning double act, created by comedians Amy Gledhill and Christopher Cantrill. In 2019 they were nominated for ‘Best Show’ at the Edinburgh Fringe Festival. Known for their unflinchingly high gag-rate, innovative use of multimedia and painfully regional accents, they’ve quickly established a nation-wide cult following.