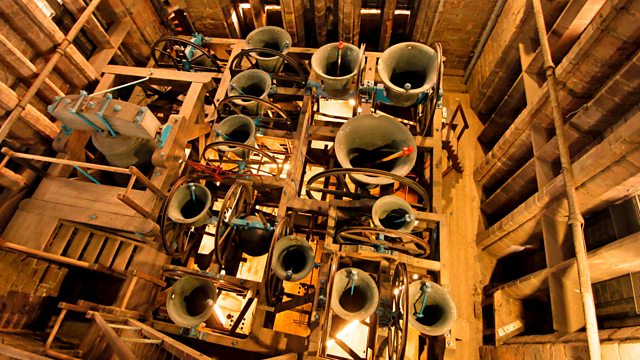 Bells on Sunday comes from St Mary's, Amersham in Buckinghamshire.

Bells on Sunday comes from the church of St Mary’s, Amersham, in Buckinghamshire. Standing where a Roman Road crossed the River Misbourn, there has been a church on the site in “Old Amersham” since at least the mid 12th century. The current building, however, is a much altered 13th century structure, with a Victorian flint-clad exterior. In 1983, the old ring of six bells were recast and augmented to an eight, and hung in a steel frame. Ten years later, they were augmented again by Taylor’s of Loughborough to a ring of twelve bells, with a tenor weighing nineteen hundredweight in the note of E. We hear them ringing Cambridge Surprise Maximus.

The cathedral church of the Blessed Virgin Mary, Truro in Cornwall.

See all episodes from Bells on Sunday

Hear the Bells of Notre Dame 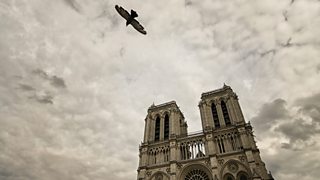 Though silenced for now, the great bell 'Emmanuel' will lead the majestic chorus again...