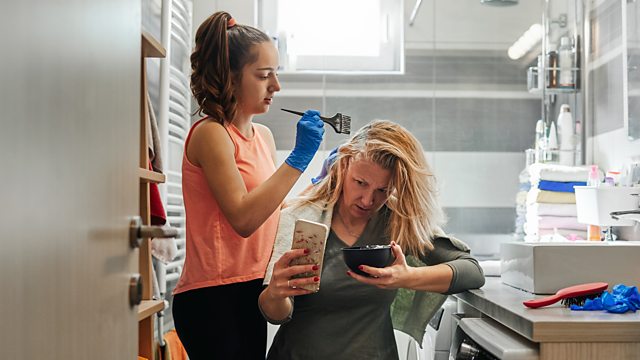 Has lockdown changed the way we see our hair? We hear from mums in 'Red Wall' seats who are against cutting short summer holidays and what can we learn from Greek Goddesses?

As the government announces plans for summer school and tutoring to help children catch up on their learning we hear from parents who think it’s more important to just let them go out to play with their friends. Recent polling suggests that mums in the “Red Wall” seats of the Midlands and North of England – areas which traditionally voted Labour but have switched allegiance to back the Conservatives – are against cutting short summer holidays after such a difficult year. We hear from the mums and from Deborah Mattinson from the political consultancy Britain Thinks and from Justine Roberts at Mumsnet.

Throughout the course of the history of Greek mythology there have been many Greek goddesses. These goddesses tend to have exaggerated personalities and are often plagued with personal flaws and negative emotions , but do we know everything we need to know about these mythological women and what if anything can we learn from them today? Writer and classicist Natalie Haynes along with historian Bettany Hughes are talking about Greek Goddesses as part of this year’s WOW - Women of the World Festival running online from today until the 21st of March.

Just last week Cara Delevigne posted a photo of her new darker brown hair on Instagram saying 'Blondes have more fun but brunettes ....' So are you like Cara embracing your darker locks? Is the nondescript colour often described as 'mouse' making a comeback bought on by lockdown three? To discuss the latest hair trends is the writer and broadcaster Sali Hughes.