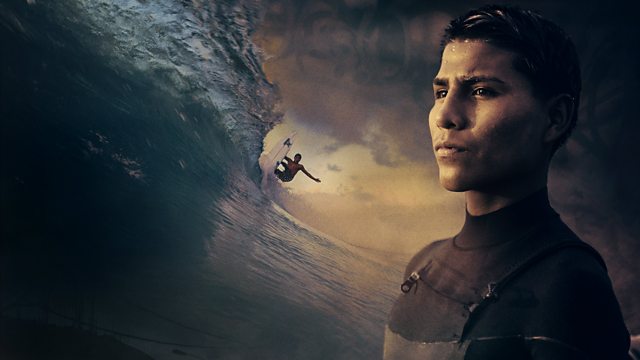 Into the Storm: Surfing to Survive

A troubled teenager from a crime-ridden neighbourhood in Peru struggles to realise his dream of becoming a professional surfer and to raise his family out of poverty.

After finding a broken surfboard on his local beach, Jhonny Guerrero, a teenager from one of Peru’s toughest barrios, sets his heart on becoming a professional surfer. With his father in prison for armed robbery and a mother struggling to feed and clothe his younger brother, the sea is his escape.

When Jhonny is spotted by Peru’s most successful surf champion, Sofia Mulanovich, he is taken under her wing and given a chance to succeed. Yet the pressure to do so weighs hard. Without his dad around, the lure of his friends and the risks of life in the barrios threaten to jeopardise everything he has worked for. When he’s injured outside a nightclub in a drive-by shooting, Jhonny is forced to decide once and for all which path to take.

The Hunt for Gaddafi's Billions

See all clips from Into the Storm: Surfing to Survive (2)