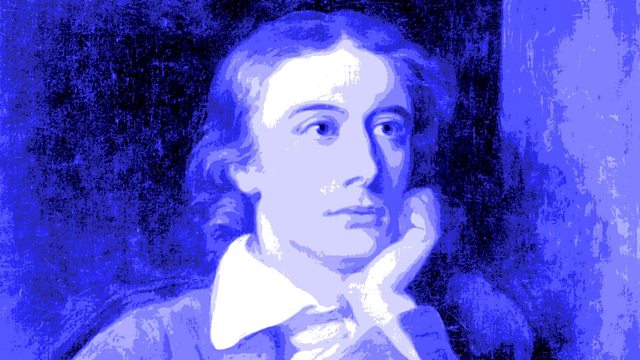 Keats' short life and the myths around his after-life freshly examined by Sasha Dugdale. 2. Death, immortality and re-finding the living Keats. With Thomas Brodie-Sangster as Keats

Stripping away old myths, this series on the life and after-life of one of our greatest poets provides a vibrant new portrait of John Keats as both physician and poet, two hundred years after his death and in an era when there are still battles over entry to the literary world.

With extensive readings from the poems and letters by Thomas Brodie-Sangster (Sam in Love Actually, Samuel in Bright Star, and - most recently - Benny in Queen's Gambit).

John Keats' death at the age of just 25 and the cult that immediately grew up around his memory often suggest he was a delicate flower. Sasha Dugdale, an award-winning poet herself, looks beyond this image to reveal an energetic young man, living life to the full both as a poet and doctor, until the endemic illness of his day, tuberculosis, overwhelmed him.

In the second of two programmes, Sasha's focus is on Keats' death in Rome and the myths which began to develop immediately afterwards. Talking with a range of eminent guests, she attempts to paint a more authentic portrait of the great poet of mortality and immortality, now, in the 21st Century.

See all episodes from John Keats: Life and After-Life