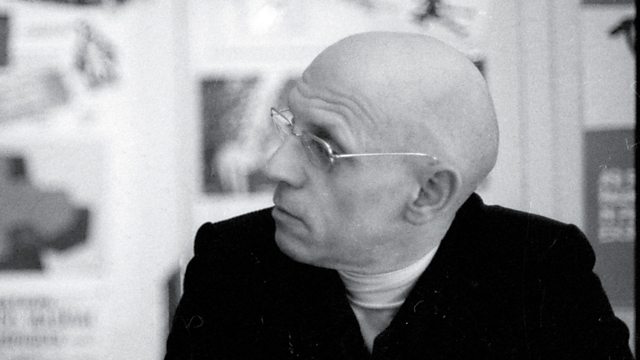 Foucault: The History of Sexuality 4

Shahidha Bari is joined by Lisa Downing, Stuart Elden and Stephen Shapiro to discuss volume 4 of Foucault's History of Sexuality.

Shahidha Bari is joined by Lisa Downing, Stuart Elden, and Stephen Shapiro to read volume 4 of Foucault's History of Sexuality, translated into English for the first time, which examines beliefs and practices among the early Christians in Medieval Europe. Although he had specified in his will that his works shouldn't be published after he died (in 1984), the rights holders of Foucault decided that these ideas could now be made public. So what do they tell us and how influential has his approach to sexuality been?

Lisa Downing, Professor of French Discourses of Sexuality at the University of Birmingham. She writes about gender and sexuality and she’s the author of The Cambridge Introduction to Michel Foucault and editor of After Foucault.

Stuart Elden's books include The Early Foucault, which will be published in June 2021. This continues the work in his earlier books Foucault’s Last Decade and Foucault: The Birth of Power. He is Professor of Political Theory and Geography at the University of Warwick.

And Stephen Shapiro, Professor of English and Comparative Literature also at the University of Warwick. He is co-author of how to Read Foucault's Discipline and Punish.

You can find other episodes on philosophical themes in a Free Thinking playlist https://www.bbc.co.uk/programmes/p07x0twx