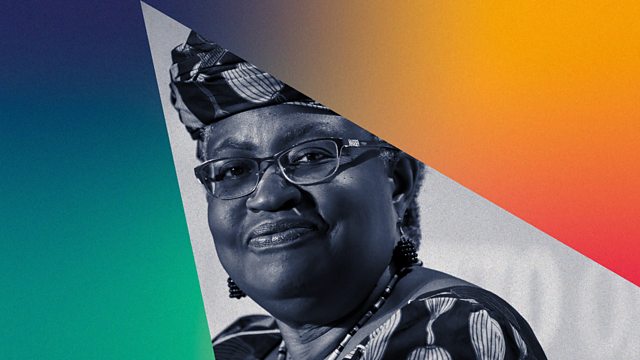 The first African and first woman to head the World Trade Organisation. As Nigeria's finance minister she faced down corruption, as a child she survived the country's civil war.

Dr Ngozi Okonjo-Iweala's journey to head the World Trade Organisation has been particularly note-worthy. She is the first woman and the first African to hold the position. A trained economist, she was at the World Bank during the financial crisis and, as Nigeria’s finance minister, she faced down corruption.

It's not just her career that sets her apart. As a child she lived through the Biafran War. Years later she faced another crisis: the kidnapping of her elderly mother. But her friends say she does find time for a laugh and the occasional boogie.

Becky Milligan hears about her fascinating life and career from close family, friends and colleagues.