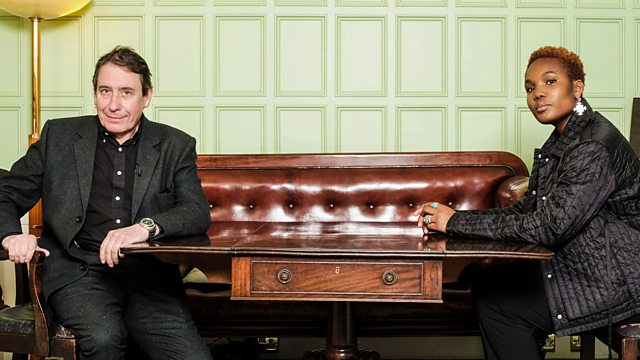 Later... with Jools Holland returns to BBC Two for a special six-part winter series continuing in lockdown form, which sees Jools opening the doors to his unique south London recording studio, chatting to musicians about their favourite pieces of archive footage and showcasing specially shot performances from a wide variety of artists.

Kicking off the series, Jools welcomes one of this year’s most hotly tipped artists, singer-songwriter Arlo Parks. She performs a track from her critically acclaimed album Collapsed in Sunbeams, a beautiful collection of songs touching on themes of mental health and sexuality. She also discusses her musical journey, loves and influences, as illustrated by classic clips from Later...

Continuing the theme of unique performances in interesting locations, the show marks the much-awaited return of Nashville rockers Kings of Leon with an exclusive performance from the band’s studio. Having made their TV debut on the show back in 2003, it is a very welcome return for the global headlining outfit. They debut The Bandit from their forthcoming eighth album When You See Yourself, set for release in March.

And the show sees the return of Nottingham’s polemical frontman Jason Williamson and dexterous producer Andrew Fearn, aka Sleaford Mods. They have a specially shot performance, featuring newcomer Billy Nomates, of their new single Mork n Mindy, which Williamson describes as ‘the sound of the central heating and the dying smells of Sunday dinner in a house on an estate in 1982’.