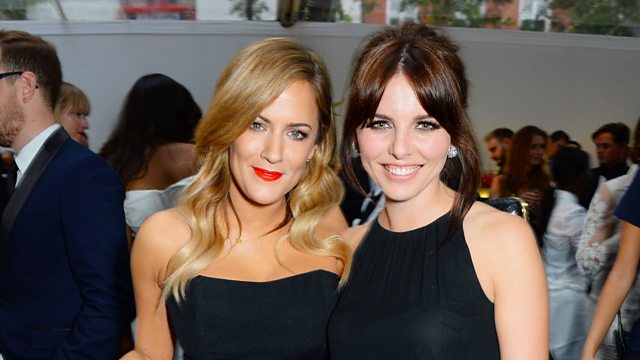 Losing a friend to suicide, Period pants, The release of Loujain al-Hathloul

We speak to the sister of Loujain al-Hathloul, the Saudi women's rights activist who has just been released from prison; period pants and why they're still being taxed.

Loujain al-Hathloul, the Saudi women's rights activist, has just been released from prison after spending nearly three years in prison. Instrumental in the movement to allow women to drive in the kingdom, she was imprisoned in 2018, just weeks before the ban was lifted. We speak to her sister Lina who has led the campaign to free Loujain for the last three years.
Why are period pants still being taxed and not classed as a sanitary product? With Ruby Raut, founder of WUKA period pants and Sarah Olney MP, who's leading an early day motion to remove the 20% tax.
How do we cope with the grief of losing a friend to suicide? It has been exactly one year since TV presenter Caroline Flack took her own life. Caroline stood down as presenter of Love Island in 2019 after she was charged of assaulting her boyfriend. She pleaded not guilty, and was due to stand trial in March. Emma speaks to her close friend Ophelia Lovibond and to Sarah Bates from the charity, Support After Suicide.
Christine Keeler: the woman who nearly brought down the government in the 60s. She had an affair with Secretary of State for War, John Profumo, when she was just 19. In an unconnected court case, but one which is also linked in a complicated saga, she ended up being sentenced to nine months in prison. Seymour now wants a pardon for his mother. Next month he'll start court proceedings.