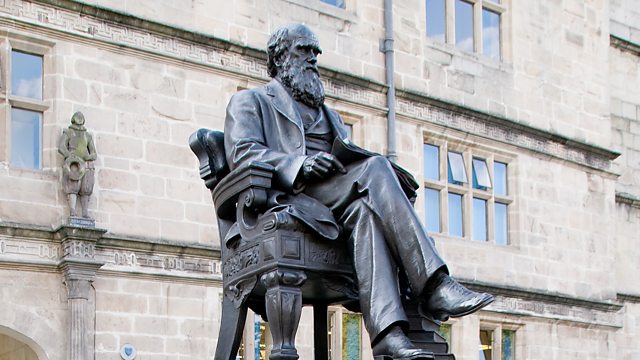 Matthew Sweet is joined by Christine Yao, Joe Cain, and Ruth Mace, who've been re-reading Charles Darwin's 1871 book The Descent of Man, and Selection in Relation to Sex. The book offered a radical reinterpretation of what it means to be human by situating us completely within the natural world as a product of natural selection. But it is also a book of its times, as reflected in the language Darwin uses to talk about race and gender. University College, London where our speakers are based - holds the papers of Francis Galton, the Victorian polymath and eugenicist who was Darwin's half cousin and the conversation considers both the positive and the negative ways of interpreting Darwin's book.

You will hear a discussion about some of the racial language used in the 19th and 20th centuries.

Dr Christine Yao is a BBC/AHRC New Generation Thinker whose main research at University College London focuses on nineteenth century American literature and histories of science and law at
Professor Joe Cain is UCL Professor of History and Philosophy of Biology.
Ruth Mace is Professor of Evolutionary Anthropology