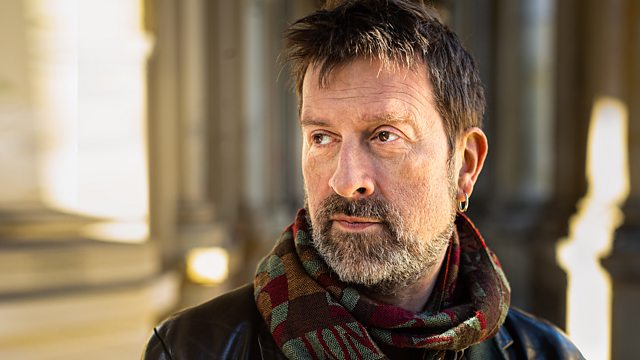 Screenwriter and novelist Ben Hopkins talks to Tom about his ambitious new novel, Cathedral. It's a portrait of the construction of the medieval period's greatest buildings, featuring a cast of intriguing characters all vying for power - from the bishop to his treasurer to local merchants and lowly stone cutters.

Faith, Hope and Glory is a new drama series on Radio 4 which sees British playwrights Roy Williams, Rex Obano, and Winsome Pinnock chart the history of postwar Britain through the intersecting lives of three women. Starting in 1946, a week of 15 minute dramas which set the scene: Hope and Jim’s baby, entrusted to Eunice to take home to Antigua, is lost at Tilbury Docks, and found by Gloria and Clement, a celibate couple, who decide to keep her and call her Joy. The series continues with three 45 minute plays. Winsome Pinnock and Rex Obano join Tom to discuss the series.

Luke Jerram is the next artist to feature in #FrontRowGetCreative, where artists encourage you to try your hand at a piece of art. Today, he focuses on sound, which has been an important component to much of his work, from installing 2000 pianos in public spaces in 65 cities around the world to etching the sound
of his own voice on the engagement ring for his wife (which actually plays!).

With Lockdown 3 well underway and no end in sight, we thought we'd offer a little light in the darkness, so we're launching Front Row's new project Get Creative, in collaboration with BBC Arts' Culture in Quarantine.

We're very keen to encourage you to create a piece of art, with guidance and inspiration from the country's leading artists. You'll only need readily available materials and you certainly don't need to be a professional artist to take part! Everyone is welcome.

Next up is the artist Luke Jerram who focuses on sound, which has been an important component to much of his work, from installing 2000 pianos in public spaces in 65 cities around the world to etching the sound of his own voice on the engagement ring for his wife (which actually plays!). We invited Luke to record himself in his studio as he shows us a new approach to listening, which informs his own approach to the art he makes, and which you can try at home with just a pencil and paper, and a mobile phone.

Please share your sound notes and post your audio recordings on social media using the hashtag #FrontRowGetCreative and we'll show those that catch our eye on the BBC Arts and Front Row websites. Check out the BBC's Terms of Use and Privacy Policy - links below.

We can't wait to see what you create!

Faith, Hope and Glory is available on BBC Sounds