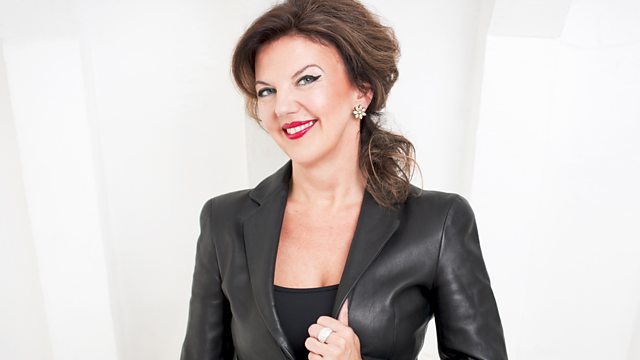 Journeys with My Violin
Episode 1 of 3

World-renowned violinist Tasmin Little gave her last concert in December 2020 and said goodbye to her violin. She dips into her diary and looks back over her unparalleled career.

Tasmin Little is a violinist who has been thrilling audiences around the world for more than 30 years. From tiny recital venues to the grandest of concert halls, her aim has been to share her excitement in the power of music with as many people as possible.

In May 2019 Tasmin began what she thought was going to be a carefully structured countdown to retirement, leading towards a groundbreaking recital at London’s South Bank centre just over a year later. She began a diary to reflect on this final part of her musical journey, but a serious finger injury and the global pandemic ended up making her path far from predictable.

Eventually on 22nd December 2020, she gave her last concert and in early January this year she said goodbye to her precious Guadagnini violin - her companion for three decades.

Over the course of three programmes Tasmin dips into her personal concert diary, remembering the pieces that drew her to the violin, the places she took it to, and the people who joined her on those many and varied journeys.

In the first episode of her series Tasmin takes us on a tour of some of the repertoire that intrigued her as a young player, from the concerto she insisted on playing in a competition (even though she knew it wouldn’t gain her the first prize), to a demanding piece by Locatelli in the hands of German violinist Suzanne Lautenbacher.

Tasmin remembers how her project The Naked Violin began, with its aim of allowing anyone to try classical music free of charge. And she thinks about the way her attitude towards playing Bach has gradually altered over the years.

Plus she describes how playing Brahms’ Violin Concerto can be a battle or a joy (and sometimes both).

See all episodes from Journeys with My Violin