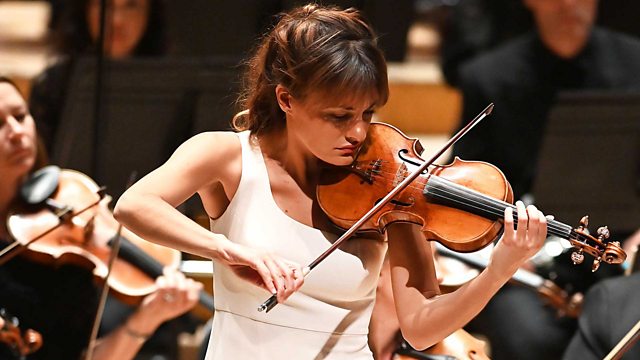 Pekka Kuusisto conducts the Philharmonia Orchestra in an all-Beethoven programme, including Nicola Benedetti in the composer's Violin Concerto, and his Second Symphony.

Best known as an excitingly unconventional violinist, Pekka Kuusisto takes up the baton for this all-Beethoven concert with the Philharmonia Orchestra. They're joined by one of Britain's best-loved violinists, the multi award-winning Nicola Benedetti in the Violin Concerto. As you might expect with Beethoven, he wrote a concerto on a hitherto unprecedented symphonic scale which has long been de rigueur in every violinist's repertoire and an audience favourite.

The concert ends with Symphony No. 2. Although it comes from one of the most miserable times of a life which had more than its fair share of misery, it's among Beethoven's most exuberantly playful and joyous works.

Recorded in November at the Royal Festival Hall and introduced by Martin Handley.