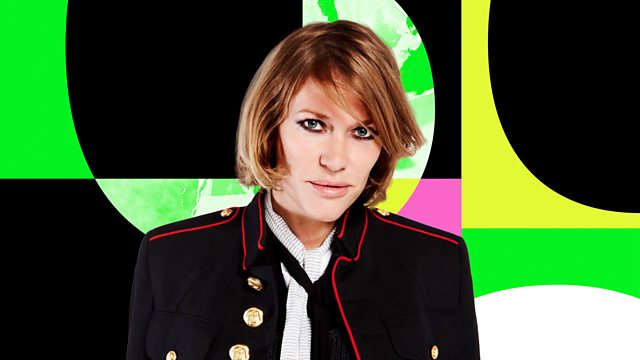 Cerys brings you an uplifting soundtrack with jazz, blues, mambos, disco and funk. With session tracks from Melbourne's Tamil Rogeon. Plus sounds of nature recorded by Chris Watson.

Cerys brings you an uplifting soundtrack with jazz, blues, afrobeat, disco and funk. From Kool And The Gang to Mohammed Rafi and Lata Mangeshkar, Ffredi Blino to Nicky Thomas.

In session for Cerys this week is composer, conductor, violinist and producer Tamil Rogeon, who speaks to us live from Melbourne. Tamil's work spans multi-genres including jazz, classical, Brazilian, beats, house and hip hop. Tamil performs two tracks from his newly released album Son of Nyx, a modal jazz record with the viola centre stage.

Wildlife sound-recordist Chris Watson shares sounds from the natural world from his collection. He has travelled the world collecting sounds from coral reefs to an insect chorus in the forests of a sacred mountain in Japan. He's worked with Sir David Attenborough, Springwatch and Autumnwatch as well as Radio 4 wildlife specials. He has also released numerous solo and collaborative albums, a mix of field recordings and electronic music. This year Chris has teamed up with the BBC, University of Exeter and composer Nainita Desai for an experiment into soundscapes for wellbeing.