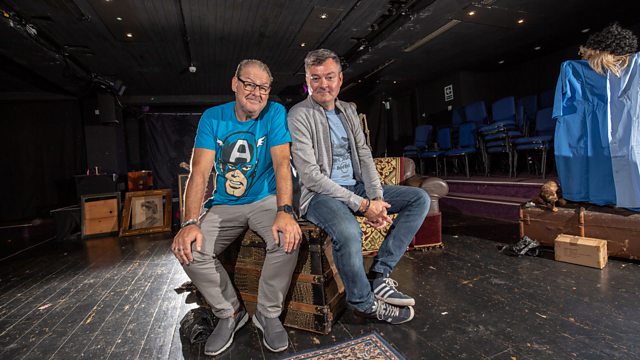 Grant Stott and Andy Gray were best friends who worked together. When Andy's cancer diagnosis put working together on hold, their friendship became even more important.

Grant Stott and Andy Gray had just opened their Edinburgh Festival show The Junkies, when Andy got the devastating news that he had been diagnosed with cancer.

In this warm and emotional conversation, Grant and Andy talk openly about the impact of the news as the play had to be cancelled, Andy's role on River City put on a hold and a year of gruelling treatment undertaken. As they chat about how Andy coped and how Grant tried to support his pal, the pair also reminisce on how they first met, how their friendship developed as they tread the boards every year in the Edinburgh King's Pantomime and how they are now looking to the future.

This conversation was recorded in front of an audience at the BBC's Big Blue Tent during the Edinburgh Festival in 2019.