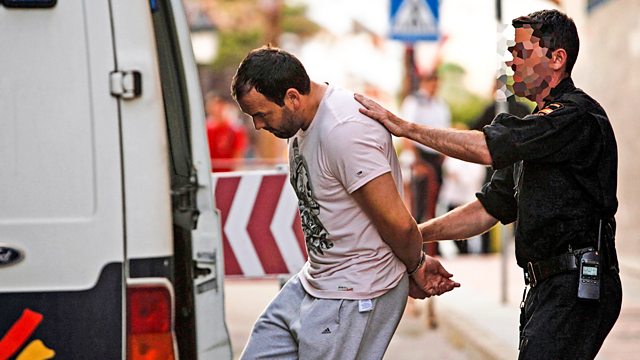 Boxing and the Mob

Darragh MacIntyre investigates the role of the alleged head of one of Europe’s biggest drug cartels in the upcoming heavyweight title fight between Tyson Fury and Anthony Joshua.

A top boxing trainer shot and badly wounded. A former boxer executed in broad daylight. And a gangland killing at a weigh-in for a European title fight. Is organised crime involved in professional boxing?

Reporter Darragh MacIntyre investigates the murky world behind the glamour of the big fights and the suspected gangster who has been welcomed to boxing’s top table. Daniel Kinahan has been named in the courts as the head of one of Europe’s biggest drug cartels. So how did he become involved in setting up Britain’s biggest ever bout – the fight between Tyson Fury and Anthony Joshua to become the undisputed heavyweight champion of the world?