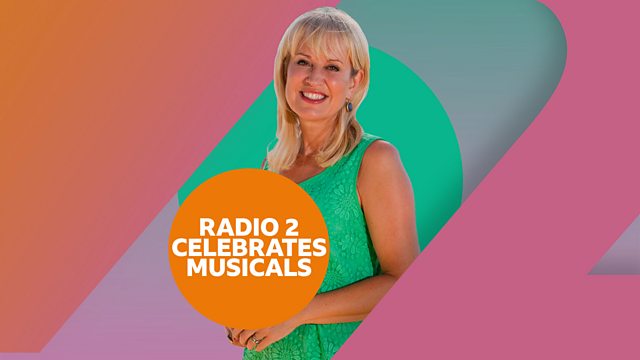 As part of Radio 2's celebrations of Musicals, Nicki welcomes her old friend Mel C - no stranger to music and the stage with her huge world wide Spice Girls and solo tours, work as a judge on the talent show Superstar and subsequent award winning role in Jesus Christ Superstar. Melanie was so inspired that she also recorded an album of musical theatre songs - Stages in 2012.

Jason Manford has appeared in Sweeney Todd, The Producers, Chitty Chitty Bang Bang and Guys and Dolls along with his work on the comedy circuit and on television. Jason has been nominated for a Perrier award in Edinburgh, been on the Royal Variety Show, came second on The Masked Singer, reached the Top 10 with his album of musical favourites and runs a comedy club with his brother.

Double MOBO Award winning musician and broadcaster YolanDa Brown has appeared in the CBeebies Panto and hosted Radio 2 Early Breakfast show. YolanDa is on a mission to promote music education in primary schools. She also has a new album out - YolanDa’s Band Jam - based on her hugely popular CBeebies television show, which has been described as the Jools Holland equivalent for children. YolanDa is also one of our premier female saxophonists, known for her fusion of reggae, jazz and soul. She has presented at the BBC Proms and toured with The Temptations, Billy Ocean and The Royal Philharmonic Concert Orchestra, as well as playing with Rick Astley and Kelly Jones on Jool's Annual Hootenanny.

Nicki also plays The Greatest Record Ever Made...But Rarely Played, dips into The Chappers Collection to feature an artist she has worked with in the past and asks jounalist Sophie Harris to take our minds off the news in Nicki's Escape Club.

See all episodes from Nicki Chapman