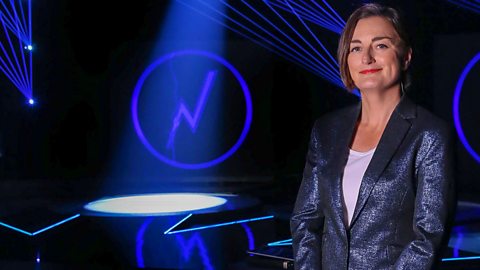 Comedian Zoe Lyons presents the lightning-fast, quick-fire quiz with a £3,000 jackpot. The contestants’ motivation is simple: stay out of the light, and they’ll be alright!

The contestants’ motivation in each round is simple: stay out of the light and you’ll be alright!

In each nerve-shredding round, contestants aim to pass the dreaded light from themselves onto a rival of their choice by correctly answering a question or completing a physical task - but only viewers at home can see the ticking clock, and whoever gets caught in the light when the time runs out at the end of the round is struck by lightning and eliminated from the game.

Each week of five shows starts with six contestants who, whenever they are knocked out, return to play again on the next episode.

The contestant who manages to make the endgame in a show plays for the chance to win up to £3,000, but regardless of their success or failure, they leave to be replaced by a new player in the following episode.

Can anyone beat the lightning and win some cash?