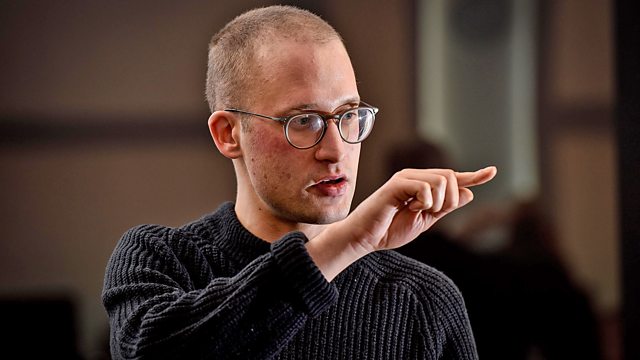 Me and 4 Ponys - music inspired by children's drawings

Ensemble 360 play Brahms, Korngold and 'me and 4 Ponys', a new work by Laurence Osborn in performances recorded as part of Music in the Round, Sheffield's 2018 season.

Ensemble 360 play Brahms, Korngold and 'me and 4 Ponys,' a new work by Laurence Osborn inspired by children's drawings which the composer says he loves "because they are completely unconcerned with consequence or correction."

Martin Handley introduces these performances recorded in 2018 at Emmanuel Church, Barnsley by Music in the Round's resident ensemble. he also finds out about their plans for the immediate future and talks to Ensemble 360's pianist, Tim Horton.

Laurence Osborn; Me and 4 Ponys [sic] for piano quintet
Ensemble 360