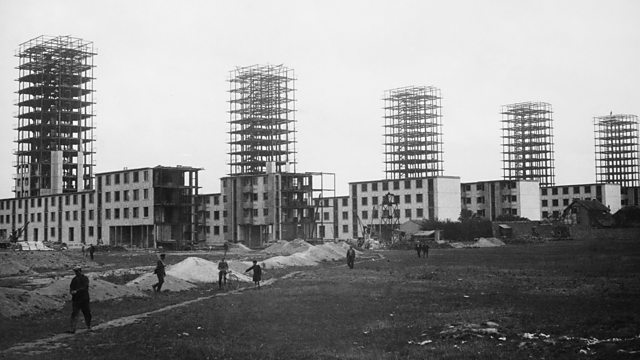 Finding out your family has a Nazi past - that's what historian Martin Puchner had to grapple with when he set out to explore the use of a secret language by Jewish people and other travellers in middle Europe. He joins author and language expert Michael Rosen for a conversation with Matthew Sweet about Yiddish, Rotwelsch, codes and graffiti. Plus we mark Holocaust Memorial Day hearing about new research into the take over of railways and civic buildings in occupied France from historians Ludivine Broch and Stephanie Hesz-Wood. And Michael Rosen talks about tracking the movements of members of his family who were rounded up at Drancy.

Martin Puchner's book is called The Language of Thieves. He teaches English and Comparative Literature at Harvard University
Michael Rosen is the author of books including On the Move: Poems about Migration; The Missing - The True Story of My Family in World War II; Mr Mensh and So They Call You Pisher!: A Memoir.
Ludivine Broch teaches at the University of Westminster and is an Associate Fellow of the Pears Institute for the Study of Anti-Semitism and has written Ordinary Workers, Vichy and the Holocaust.
Stephanie Hesz-Wood is researching a PhD at Royal Holloway, University of London called A Spatial History of Drancy: Architecture, Appropriation and Memory

Food, the Environment and Richard Flanagan

What Makes a Good Lecture?