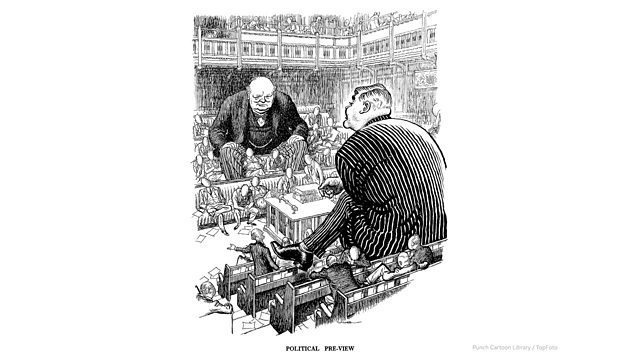 The war is often characterised by images of Winston Churchill cigar in hand, sporting his victory sign. In sound we often hear his memorable speeches about fighting on the beaches, in the air and at sea and that Britain will 'Never surrender'.

But what we don't hear much about is the rest of the politicians of the day. Churchill led a wartime government of MPs from the Conservative, Liberal and Labour ranks. Labour leader Clement Attlee, Churchill's successor as Prime Minister after the war in 1945, was Deputy PM during the war. Meanwhile wartime Liberal leader Sir Archibald Sinclair was Secretary of State for Air.

So with much of Parliament united in the war effort, Nye Bevan, who later became forever associated with the NHS, saw it as his job to hold Churchill and his government to account - in effect becoming Britain's one-man wartime opposition.

Here former Labour leader and fellow Welshman Neil Kinnock examines Bevan's role as we recreate some of the House of Commons clashes of the day.